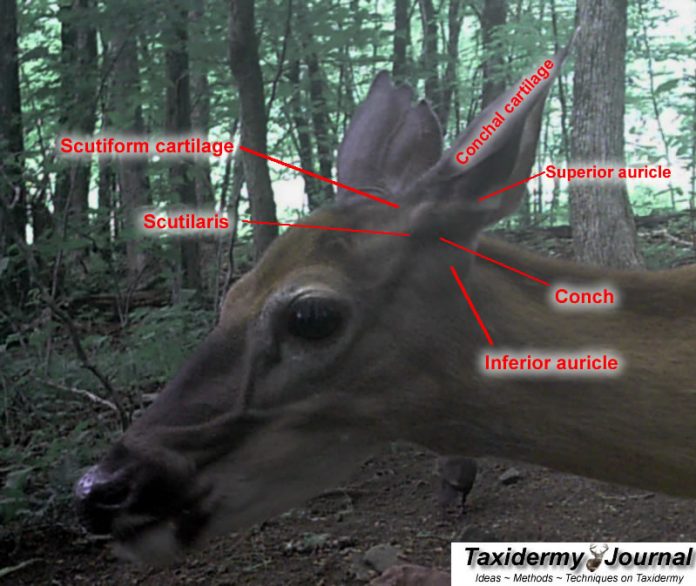 Scutiform cartilage, conchal cartilage, scutilaris muscle group, auricle muscle group, to name a few all have what in common? They all belong to the ear and earbutt of a whitetail deer ears and all play an important role to the ears movement and attachment point to the skull. Don’t worry if you can’t remember the names by heart, because without my notes in front of me it would be nothing more than a tongue tied twisting dialog. 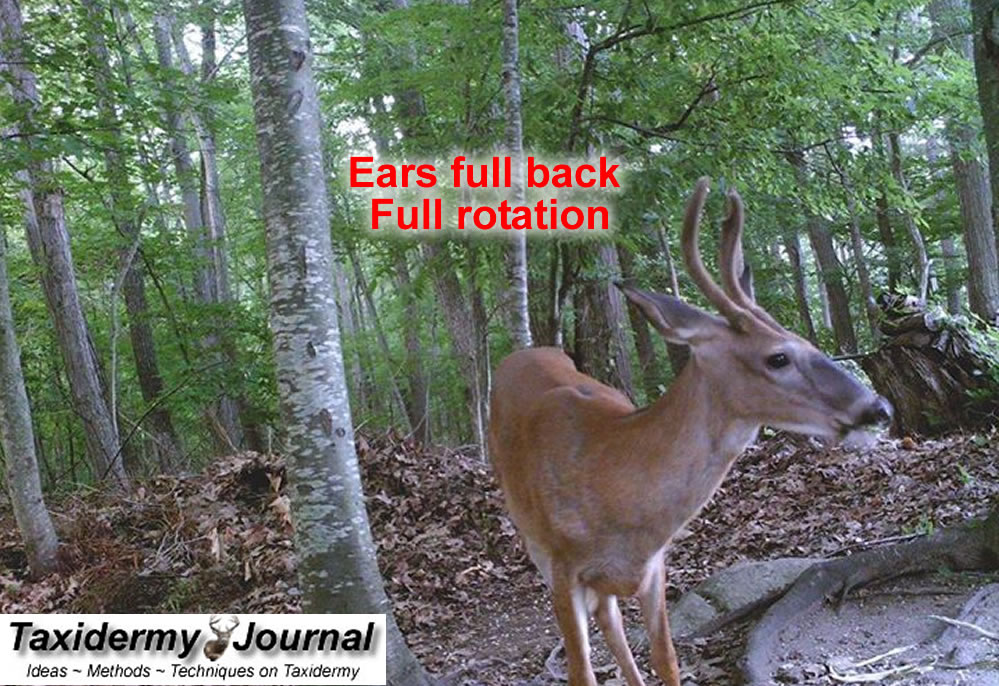 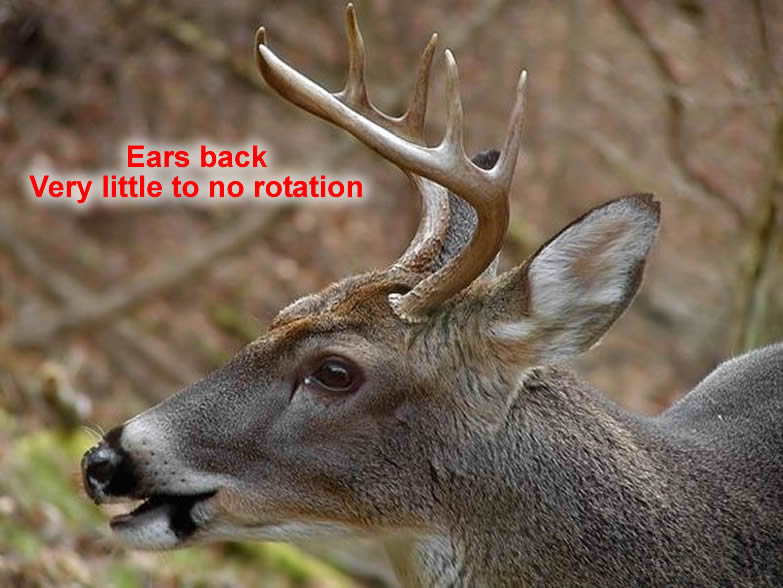 If you really think about it whitetail deer ears shouldn’t be a main concern on a deer mount, but they are the most important aspect of it all coming together when taxiing the skin. Whitetail deer ears and earbutts are the most overlooked feature to many when putting a deer mount together. Get your ear and earbutt attachment point wrong and you get the whole mount wrong. It’s simple as that. The belief of what is factual when setting up earbutts and whitetail deer ears becomes based upon technique and methods copied and repeated over and over, from one taxidermist to another taxidermist and not from realism and actual anatomy of a whitetail deer. If there is anything that is so obvious that is repeated from one taxidermist to the next, is the sculpting of earbutts that are over exaggerated in the muscular department. Winter northern deer, those in rut, will not exhibit the steroid visual as a deer would with its summer coat and one that is not in rut. 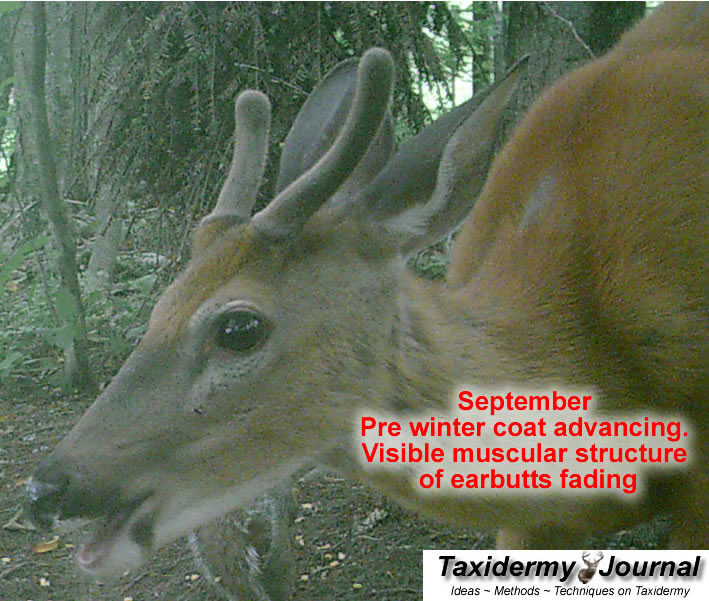 What has been lost over the years is the studying and understanding of the muscular and skeletal mechanics of the specimen we are working on. We have become too adapt to commercial forms and solely rely on their accuracy to get us through the mounting process.

There is a lot of discussion on ear position and what position the ear should go in on a mount. The reality is that a deer’s ear never stays in one place too long. A deer is constantly moving and rotating their ears non-stop. Visit a deer farm or anyplace that has penned deer and count how many movements and rotations a deer makes in 1 minute and you will be surprised. Also the ears are independent of each other meaning one ear can be forward and the other ear could be back or half back. There is absolutely no rhythm or rhyme to a deer’s ear movement.  The windier it is outside the more them ears are working, twisting, twitching etc.

My advice to anyone who is interested in becoming a better whitetail deer taxidermist is to study live deer, whether in real life at a deer farm or by watching YouTube videos of live deer up close. Also another good source for reference is to set out a game camera year round in areas frequent by whitetails. You’d be very surprised at the amount of reference you would collect over time. 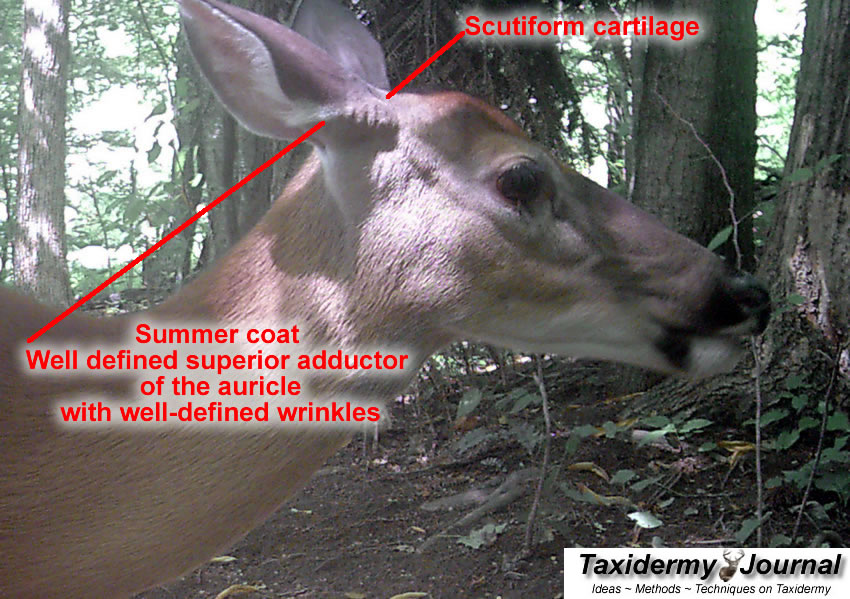 With reference collecting described above your ultimate reference will be the skull sitting on your skinning table. Everything you need to know about earbutt location and shape is sitting in front of you. Be sure to take notes. Take pictures. Measure distance from the caruncula to the ear canal for both sides. Measure distance from ear canal to antler ped or antler burr.  Lay the skinned head sideways on the table and make a plaster mold. 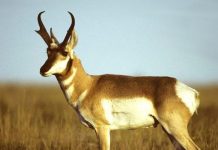 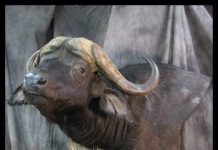 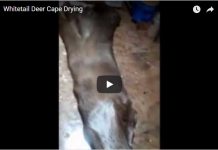 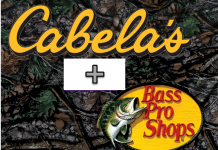 Making a promo video for your taxidermy business